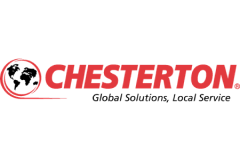 A.W. Chesterton brings a local touch to a global business with TARGIT
About the company

Their Challenges
How we helped
TARGIT has helped us predict our coming budgets far more accurately, and it’s allowed us to better prepare our sales force to understand our customer base and their needs before they even understand they have needs.

With more than 1.5 million items produced for sales and service locations in more than 100 countries, A.W. Chesterton needed an advanced solution that let them easily pull reports and analytics from many disparate data sources to get a comprehensive view of company health and activity.

Without a single solution to bind every department from every location together, employees struggled to get up-to-date data on their accounts, leaving Chesterton to work and problem-solve reactively instead of proactively.

Chesterton had been using various models of ERP systems for more than 20 years to store and manage their vast amounts of data. For everyday employees, however, that meant there was a pile of valuable data locked away in various systems to which they had limited access.

Different company departments—sales, finance, marketing, and supply chain—would pull data to create reports at disparate times throughout the month or even day. As a result, whenever departments compared data at company and departmental meetings, the numbers never agreed. This was a frustrating scenario for managers and employees alike that went on for more than a decade.

With the millions of products mass and custom produced for Chesterton customers, the sales team struggled to put together reports with what was sold to which company in what industry in what month. Reports were largely estimated, and the process of budgeting for an upcoming year was tedious and prone to error. If territories shifted or new employees entered the fray, numbers became almost impossible to calculate correctly.

Chesterton wanted a BI system that could pull the most up-to-date data from various systems and digest it, then automatically send it in the form of a report to the right people. So their thorough search for a business intelligence and analytics solution began.

The Journey to BI

The company’s first step on their journey to BI began by meeting with the various departments that would benefit from a complete business intelligence for manufacturing solution. Chesterton recognized that in order to implement a solution that was successfully adopted across the organization, they would need input from more than just the IT department.

After meeting with managers throughout the company, Chesterton mapped out three distinct criteria most important for an ideal BI solution:
From here, internal IT specialists took the BI wish list and went hunting. Their first stop was Gartner’s Magic Quadrant for Business Intelligence Solutions. What they found were a multitude of solutions that were either too expensive, too slow to implement, or too technical for everyday end-users to master.

“We whittled it down to about 15 different BI solutions,” says Tom Meier, Former Vice President of Information Technology at Chesterton, who, before his retirement, initiated the company's data analytics practice. “Then we met with Ulrik [Pedersen, TARGIT's Former CEO]. He showed us very systematically that we were kind of looking at certain things wrong. Begin with the end in mind, he said. Is there a system out there that can grab that data from all the systems you need and massage it down to give you the reports you want?”

TARGIT’s approach to BI implementation includes a clear action plan that ensures for scalability, wide user adoption, and the fastest route to decision-making. That includes starting small, but thinking big.

“When we did that, we started systematically removing companies from the list [of potential BI solutions],” says Meier “We used Dynamics AX consultants and asked for their opinions. We called Microsoft and wanted to know who they thought was the best fit. We went to Convergence and walked around.”

All Roads Lead to TARGIT

“We wanted something more open in the backend so we could eventually change the back end product and not have to scrap everything we’d done to that point,” says Meier. “More importantly, we wanted an organization that shares the same DNA that we have in ways like working together, communicating together, and staying together for a number of years. When we looked at it that way, the other companies faded away.”

From the very beginning, TARGIT worked with Chesterton not only to meet their three company goals for a successful BI project but helped employees set a more strategic, holistic approach to decision-making in motion.

TARGIT first addressed the goal of kicking off a BI project that could be implemented and fully functional in 90 days. This was possible with TARGIT Accelerators, designed specifically to get BI functioning fully in just days. But for a company with a size and scope like Chesterton, an enterprise BI system would eventually become necessary in order to cultivate a truly data-driven environment.

Even before the 90-day limit, TARGIT Decision Suite was up and running with all sales data. “And when we were ready to go enterprise, TARGIT was there to help do what it takes,” says Meier.

In order to stoke excitement and increase user adoption among the sales team, TARGIT provided 10 TARGIT Decision Suite mobile licenses to be used on iPads across the department.

“TARGIT established a relationship with us that was very personal,” Meier says, reflecting on the implementation process. “Not only was it person and vendor, but it was a partner.”

Since then, Chesterton has expanded the scope and reliance on TARGIT throughout the company. Throughout it all, the entire TARGIT project remained under budget, the system is tightly managed, and it’s very well understood by employees, hitting all three tenets of Chesterton’s priorities for a successful BI project.

“The TARGIT help desk works really, really well,” says Meier. “TARGIT has been generous with their use of consulting time in order to help us solve problems. I think they’re just super-efficient and have nailed the hours every time. It’s been wonderful. There’s no anxiety on our part because we know TARGIT will work with us. The reps are really confident and secure in their own product. They knew TARGIT could do what we want it to do even though our business is so complicated it really pushes the software to the limit.”

Because so much of Chesterton’s business involves customized orders in addition to what is already offered straight off the shelves, the company relies on TARGIT to keep track of the more than 1.5 million different products on the books sold at any given time. If a custom order is placed one time, Chesterton needs to be able to bring that item up in records years later. Not only does TARGIT provide a summary of the sales data, but the software’s predictive analytics capabilities alert Chesterton when it’s time for new orders for custom products.

Chesterton employees can overlay industry information over time to see when sales have occurred so they can prepare for new orders that will come in. This information helps the company plan strategically instead of reactively as orders roll in.

“Before TARGIT, this sales strategy was very ‘fly by the seat of our pants,’” says Meier. “We’re dealing with all of these countries, in 16 different languages. It’s complicated to deal with taxing, prices, and conversions, but the system always gets it right.”

TARGIT’s simple concepts, such as converting prices into local currency depending on who is pulling a report in a particular location, keep data consistent and easily understandable for Chesterton employees around the world. For this, TARGIT consultancy created a cube that displays data one way for the E.U. and another for the U.S. TARGIT Decision Suite automatically converts data during the ETL process from ERP to computer screen.

TARGIT also increased throughput, making the entire process faster and more efficient. What used to take eight hours now takes about an hour and 25 minutes. When Chesterton was ready to expand services to make the system more enterprise, TARGIT walked them through the process seamlessly.

“TARGIT has helped us predict our coming budgets far more accurately, and it’s allowed us to better prepare our sales force to understand our customer base and their needs before they even understand they have needs,” says Meier. “The success story of TARGIT is that the technology was good … but the implementation was top notch and the sales team was exemplary. They were flexible and straightforward. They predicted all of the obstacles we might come across and helped us move around any that came up. The implementation team is the differentiator and that’s where TARGIT stands at the front of the line. Good honest dialogue, no surprises; those are the characteristics that describe TARGIT.”