Hear the Success Story as a Podcast 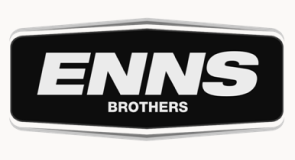 Manitoba dealer raises the bar on service efficiency and revenue with TARGIT.
About the company

Enns Brothers is a heavy equipment dealer with more than 60 years of experience and 10 locations across southern Manitoba. They service all agriculture, powersports, and marine vehicle needs and sell John Deere, Bombardier, Aluma Craft, and other industry-leading brands.

Their Challenges
How we helped
Since TARGIT, technicians are billing between an extra half an hour to four hours per month, resulting in free revenue for us.
See TARGIT in Action

Focused on the End Goal, Flexible in Approach

Enns Brothers prides itself on being a data-driven organization. After over 60 years in business, the company continues to work hard to achieve its vision — to earn customers for life — and they depend on data to get them there.

With 10 locations in southern Manitoba, Enns Brothers has a busy operation — and the reporting capabilities of their dealer management system (DMS), Data Miners from IntelliDealer™ by CDK Global, was falling short as the company grew.

Enns Brothers Controller Chris DeGraeve had long used IntelliDealer and Data Miners, yet he struggled with the process of extracting the data and putting it in a clear, meaningful format for end users. An 18-year company veteran, DeGraeve had plenty of experience with the system, but he dreaded the tedious, time-consuming process of developing reports.

It was time for a more efficient way to look at data and analytics, and that's when TARGIT Decision Suite's analytics solution for heavy equipment dealers came into the picture.

Enns Brothers' experience with TARGIT started strong thanks to an established partnership between TARGIT and CDK Global followed by an immediate win in the Service Department.

"One of the key benefits we've seen thus far in using CDK and TARGIT together comes in our Service Department," says DeGraeve. “Tying CDK and TARGIT Decision Suite together, we were able to put reports in service technicians' hands promptly, allowing them to maximize their efficiency, and as a result maximizing our revenue as an organization.”

One of the key business processes a heavy equipment dealership always aims to improve is technician charge-load efficiency. DeGraeve speaks from hard-earned experience.

“Prior to implementing TARGIT, we would run various Data Miners out of IntelliDealer,” DeGraeve said. “We would then have to run those manually, usually tying multiple Data Miners together with various VLOOKUPs and tables in the background. It would take up to a day per month of someone's time!

“By building the same report in TARGIT Decision Suite, we were able to extract the same data in less than two hours, producing the report automatically and distributing it out every single month.” 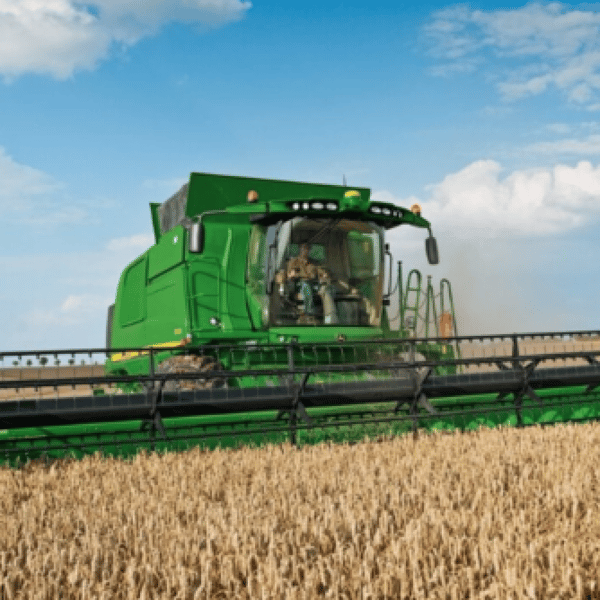 When they realized they could do more, Enns Brothers decided to distribute reports on a weekly basis. “The reports are not only getting done in less time, they’re also getting distributed faster to our technicians, so they can make the most valuable decisions possible to maximize their billable hours,” DeGraeve said.

Enns Brothers service managers have daily access to a dashboard with a snapshot of their teams’ progress. It shows which work orders are ready to be closed, which technicians are billing, how much they’re billing, and other key information to help them manage their teams.

Meanwhile, every technician gets a weekly report, showing exactly how many hours are getting billed for the hours they work, which affects their pay and compensation. Now that technicians have this information, they have clear incentives to maximize their hours.

Enns Brothers discovered that as soon as they began distributing TARGIT reports to everyone in the Service Department, technicians started challenging their service writers and managers to bill more hours.

"We've found that most technicians are billing between an extra half hour to four hours per month depending on TARGIT usage by the individual technician,” DeGraeve said. “And all of those are just free revenue added straight to our bottom line.”

“A common story we've noticed since we rolled out TARGIT is our technicians sharing how much they appreciate seeing exactly how many hours are billed off their work,” said DeGreave.

"They would come to work, put in their hours, and assume all the hours would get billed. But in reality, the service writers and service managers are the ones deciding how many hours will get billed,” he said.

“Getting the help of TARGIT Decision Suite in this critical business process has opened the doors of communication by giving information to the tech sooner, allowing them to recall each work order's specifics, justify their work, and get paid for every hour worked."

Before TARGIT, DeGreave said it would generally take 30 to 45 days for technicians to find out how many hours were billed on a particular job. At that point, they often didn't remember the job enough to understand what they could have done or communicated better to get more hours billed.

TARGIT is changing the company's culture. "Now, managers spend about an hour every morning with techs lined up saying, ‘Hey, bill more here, bill more there.’ So it's been really good for profitability," said DeGraeve.

As many CDK customers can attest, there are so many different ways to accomplish the same task and so many fields to store data. Over the years, most dealers have repeated the exact same process by using different fields to create reports.

"The TARGIT team has a pretty good depth of knowledge of all the various fields in IntelliDealer and are very helpful in working with us to extract the right field, at the right point in time,” said DeGreave.

“They also have considerable expertise on how to make the report pop,” he added. “We've designed many reports over the years in Excel, Crystal Reports, and other tools, but getting professionals to understand how a visual should look, what it should say, and how many visuals to put on the page has been very beneficial to the rollover of our reports."

When Enns Brothers originally purchased TARGIT Decision Suite, they assumed the primary focus would be to connect with CDK, and that would be all the data they could extract.

After working with the TARGIT team, Enns Brothers learned they could extract any database they wanted.

When COVID-19 struck, for example, the company's BI team built phone data reports by linking phone data. The goal was to measure call volumes and better understand details like:

“TARGIT also gives us the flexibility to approach our BI projects in multiple facets," said DeGreave. "TARGIT offers training that has been very valuable for us because they teach us how to do things on our own.

“However, if you decide to go at it slightly differently, the TARGIT team is there to leverage on a project-by-project basis,” he added.

“Whether to help with the back end, the front end, or just be there for support through calls, they've been very attentive any time we've had requests or deadlines,” said DeGreave, “and they are very professional and easy to work with.”

Enns Brothers appreciates the flexibility the TARGIT team offers. Knowing they can bounce ideas off each other and have the option to do the work on their own or with TARGIT’s help has opened doors for future projects.

Bottom line: Enns Brothers knows the TARGIT team is adaptable and open to working with any situation at any point in time.

What’s Down the Road?

Enns Brothers is currently using TARGIT only in the Service Department. But with all the wins they’ve noticed with the initial rollout, they’re adding Sales and Parts to the roadmap to continue to expand their data reach across the organization.

Going forward, Enns Brothers is very excited about expanding their data connections to pull in statistics from third-party data sources, agronomic data, and much more. They look to build better reports that feed to the TARGIT sales team to help with sales and deliver a better product to customers.

"We find the TARGIT team really good to work within designing the reports with the right meaningful metrics and visuals to make the key information pop and achieve the desired results," said DeGraeve.

"It's very exciting for us what TARGIT can do to help lead us down the road." It's not about what a software solution can do. It's about the impact it can create for your organization.